7 Things We Learned about the iOS 7 for Business 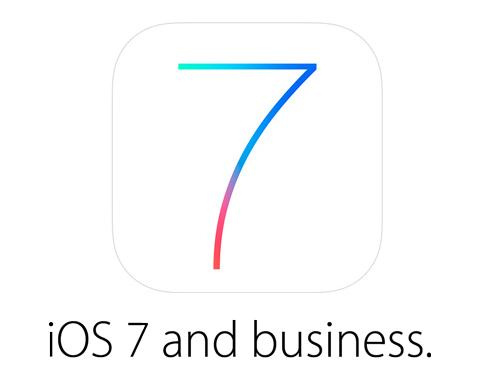 With the new developments in mobile innovations, various sectors are now considering  these technologies in the success of their chosen endeavors. Previously, we published an article discussing the significance of iOS 7 to education, this time we want to focus more on the business perspective. What can the new Apple mobile operating system bring to small and large enterprises? Here are seven things proving that the iOS 7 is optimized for businesses.

ZDNet said  that  the system is considered as a big step towards enterprise security, thanks to the fingerprint scanner. The issue of security has been a strong sticking point for businesses, and Apple has finally given the solution by bundling the OS with the iPhone 5S. As suggested by O2, businessmen can maximize the TouchID to secure important files against public access. It also helps in restricting app purchases, making it difficult for outsiders to access data.

As Mobile Solutions Senior Director Srinivas Krishnamurti once said, the ability of the Open In Management function of the iOS 7 lies mainly on its preventive data leakage. This becomes possible in the IT department, where they can access and control which of the optimized apps will open certain company profiles and reports. For instance, this restricts your employees to take pictures of confidential documents to post online.

Accessibility is the key of the Single Sign On (SSO) feature. With this feature, businesses have the ability to access important corporate applications, without the need to login multiple times. What’s worth noting in this feature is that data remains secure, even with the absence of passwords. Take note, however, that this feature only works on trusted networks, as suggested by Mobile Iron.

The new iOS implements a new protocol for Mobile Device Management (MDM) strategies, including several commands, configuration options, and queries. This allows your firm’s IT administrators to streamline third-party MDM solutions, set-up managed apps, whitelist Airplay destinations, set up custom fonts, and arrange accessibility options. All of these are done wirelessly, after the feature is activated and synced into a particular MDM solution.

Apple aims to bridge the productivity software gap among small enterprises by providing the iWork for free. If you need to do a last minute tweaking on your sales report, you can use the facility for on-the-go work. Also, Wired said that this feature is a good shift in the BYOD (bring your own device) scheme, blurring the line between enterprise owners and regular consumers. However, take note that iWork has its own share of pitfalls, as the facility is confronted with the issue of control mechanisms and the lack of security.

Airdrop has a potential of offering a different level of business collaboration. Ideally, the IT department can alter the tool, with a certain degree of control as to who and how it’ll be used in the workplace. The tool helps you distribute presentations to nearby Mac users, especially for devices sporting the Lion OS. It’s also a good marketing strategy, allowing enterprise owners to share pictures on Photos app, and send blueprint and proposals to prospective clients.

With the Per App VPN tool, employers can now transmit data such as employee details and personal web browsing activity. This feature makes it easier to select which apps must be connected to virtual private network (VPN), and which ones to risk in a normal connection. Ideally, the controls allow data to flow seamlessly on corporate pipes, which is ideal for BYOD employees assigned to remote locations.

Now that we’ve had a roundup of iOS7’s capabilities for business, what wonders do you think can the iOS8 do?

Jennifer Birch is a big fan of the tech giant, Apple. She’s been trying to figure out ways to make the most out of the her gadgets and the iOS7 for business is one of her favorite discoveries. Follow her on Twitter and Google+.

This guy is a mad scientist, he is my tech guru for everything and he also built my website! Tommy Davidson

Alan is the best, he always logs into my computer remotely and solves my problems instantly! Marty Golden